The Political Structure and leadership

The Council has adopted a format that includes a Leader and an Executive committee. The Council also has a number of committees including Full Council, the Development Panel, Licensing Committee, and the Scrutiny Committee.

Full details of the role of these decision making bodies  can be found in our Constitution .

Cllr Mike Johnson, who represents Allhallows and Waverton ward, was elected as leader in March 2021. He had previously been deputy leader since December 2019.

He is a member of the Allerdale Conservatives group.

Cllr Marion Fitzgerald, who represents the Dalton ward, was appointed as deputy leader in March 2021. Marion is also the Executive member for  Policy, Governance and People Resources. 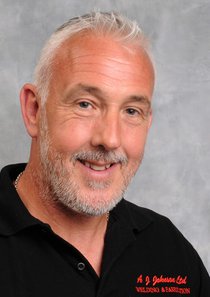 The rest of the Executive is made up of the following members:

Find out more about our 10-year Council Strategy

And read our proposals for local government reform

Use the ReciteMe toolbar for accessibility and language options

Find out more about these adverts.