If you notice any structural damage to buildings due to the high winds from the wintry weather, then call us on 0303 123 1702. If there is a danger to life call 999. Damage to power cables should be reported to Electricity North West by calling 105. Keep up to date with the latest weather situation via the Met Office, and any flooding issues via the Environment Agency. 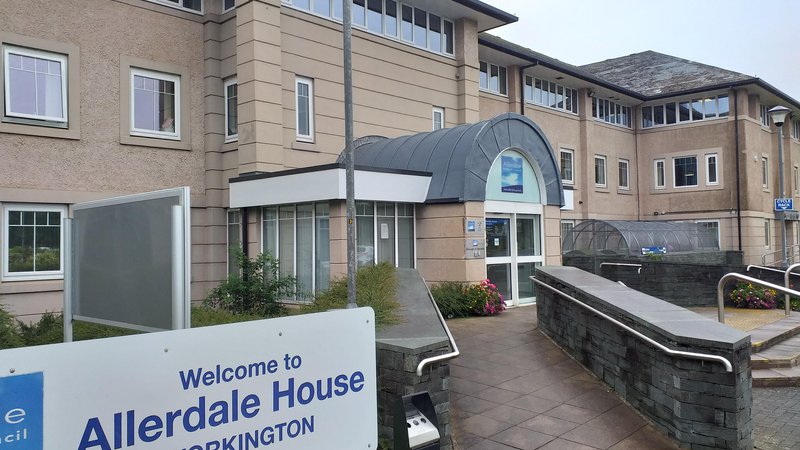 A meeting of the Full Council was held at Allerdale House, Workington, on the evening of Wednesday, January 29, 2020, here’s a round-up of some of the items discussed:

Though slavery was abolished in the UK in 1833, there are more slaves today than ever before in human history. Figures from the International Labour Organisation (ILO) suggest that there are more than 40 million people in modern slavery across the world, with nearly 25 million held in forced labour.

There were 3805 victims of modern slavery identified in the UK in 2016. A rising number but still well below the 10,000 and 13,000 potential victims estimated by the Home Office. Modern Slavery is happening nationwide. Traffickers and slave masters use whatever means they have at their disposal to coerce, deceive and force individuals into a life of abuse, servitude and inhumane treatment. This can include sexual and criminal exploitation.

That action needs to be taken to raise awareness of modern slavery and the fact that it is happening all over the UK.
That councils have an important role to play in ensuring their contracts and supplies don't contribute to modern day slavery and exploitation.

This council resolves
To continue to operate in a responsible manner by adhering to legal obligations on Modern Slavery in our procurement activities.
Allerdale Borough Council will:

8. Refer for investigation via the National Crime Agency's national referral mechanism any of its contractors identified as a cause for concern regarding modern slavery.

9. Report publicly on the implementation of this policy annually.’

The second motion was presented by Cllr Peter Little (Maryport South) on homelessness. Amendments were proposed by Cllr Semple (Christchurch, Cockermouth), and later by Cllr Alan Pitcher (Wigton and Woodside), their amendments became the substantive motion.

‘Over recent times I have witnessed an increase in homelessness in Allerdale. Many people find themselves homeless due to a number of factors – the breakdown of a marriage, ex-service personnel struggling to adapt to civilian life and dealing with PTSD, financial burdens. These are the harsh realities we face nationally, and I personally find it upsetting that homelessness is reaching crisis point.

I must commend the Homelessness Team here at Allerdale Borough Council for their dedicated work ethic and welcome the recent news that local churches are looking for volunteers to help run a new night shelter in Workington (for which I have volunteered myself).

However, given that we strive to be a Great Place to Live, Work and Visit I feel it is our duty to support those less fortunate and ensure they are a part of Allerdale’s ambitions. In light of this, I therefore call upon you to support this motion in that:

Allerdale Borough Council continues to have a cohesive relationship with homeless charities and organisations throughout the Borough, County and indeed nationally

Cllr Fitzgerald gave a brief update on discussions which had already taken place between Allerdale’s Interim Chief Executive and the local health leadership.

‘This Council notes with interest the proposed review of A&E provision at the West Cumberland Hospital and wishes to highlight to the Trust the importance of involving the Council in this review and asks the Chief Executive, or his representative, to remain in contact with the Trust Chief Executive direct to ensure meaningful engagement’.

The updated Executive is:

A motion was proposed by Cllr Will Wilkinson (St Michaels, Workington) to reject the proposed increase and keep basic allowances at their current rate. This motion was passed.