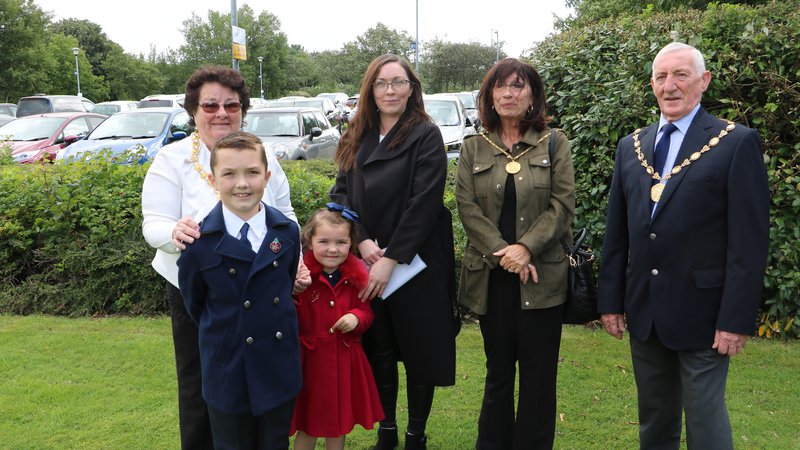 Veterans, residents, families, councillors and council staff gathered at Allerdale House for a flag-raising ceremony to mark VJ Day and remember those who were prisoners of war in the Far East.

The service was led by Mayor of Allerdale, Hilary Harrington, who was approached by local members of the Far East Prisoners of War (FEPOW) Association with a view to marking the day. Today (Aug 15) the Union flag was raised outside Allerdale Borough Council's HQ with Cllr Harrington paying tribute to those who fought in the Far East during the Second World War.

A poem was also read out by nine-year-old Cole Conway, from Workington, whose family is part of the FEPOW association.

Cllr Harrington said: "I was delighted to host the flag-raising ceremony in remembrance of those who were prisoners of war in the Far East. It was very important to the families and descendants who saw the impact that years of imprisonment had on those prisoners' lives."