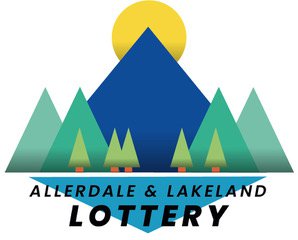 Tickets for the new Allerdale & Lakeland Lottery with a £25,000 top prize are now available to buy.

It costs just £1 per game to play and participants could win up to £25,000 as part of the weekly draw. Tickets officially went on sale on Friday (November 20) with the first draw set to take place on December 19.

However, the focus of the lottery, which has been set up by Allerdale Borough Council, is very much on helping the good causes. For every ticket bought, supporters can choose to provide 50p towards a charity or group of their choice which is registered with the scheme. A further 10p goes towards a general fund for other good causes in Allerdale.

So far more than 40 good causes have signed up to the scheme, which is being run by Gatherwell, a company who manage community lotteries across the country.

Cllr Marion Fitzgerald, Executive member for policy, governance and people resources, said: "The council wants to make sure good causes and local charities can continue to receive financial support into the future and by setting up a lottery we will be helping those groups to raise money in their community.”

Sixty per cent of the money raised will go to good causes with the rest going towards the prize money and running costs.

Players will be able to set up a monthly payment in advance with the option to do a three, six or twelve month repeating subscription.

Anyone who buys tickets before December 19 is also in for a chance to win one of five technology bundles. Each Entertainment bundle includes an Amazon Echo Show8, Echo Dot, and a Fire7 Tablet.

Cllr Fitzgerald added: "The lottery initiative is going to be really exciting and I hope that lots of people join now that it’s launched.

"While this is a fantastic and fun opportunity for everyone we want to remind everyone to gamble responsibly."

For more information about the lottery, to buy tickets and to register your good cause, go to https://www.allerdalelottery.com/.