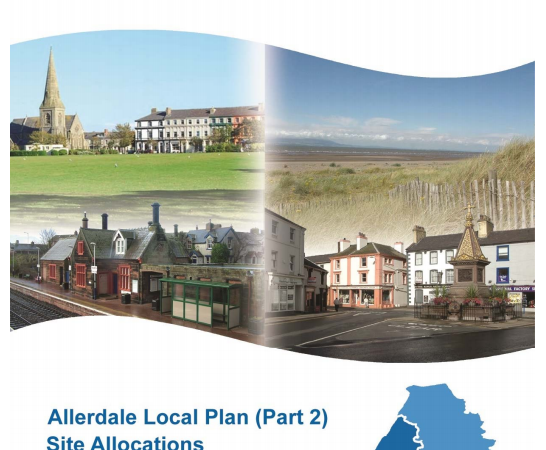 Allerdale’s Local Plan (Part 2) - a vital document outlining potential future development across the borough – has been approved by councillors.

At a meeting of the full council last night (July 22) members voted to adopt the Local Plan (Part 2), an important planning and policy document which identifies land for a number of uses.

The plan will play a crucial role in supporting the delivery of the objectives around housing and business growth set out in the 10-year Council Strategy, while providing the framework to guide the determination of planning applications.

“The process of putting together this Local Plan has involved a great deal of work by a dedicated team and we hope this will give confidence to residents across Allerdale that we have a detailed plan for future development in the area.

“As an authority we have ambitious plans through our 10-year Council Strategy and the Local Plan will play a big role in helping us achieve that.”

The first part of the Local Plan, agreed in 2014, set out the overall planning strategy and growth areas in Allerdale until 2029 and identified a housing need for at least 5,471 properties and 54 hectares of employment land in that period.

Part two of the plan identifies or ‘allocates’ sufficient areas of land within the district that lie outside the Lake District National Park for specific types of development and land uses. The plan was submitted to the Minister for Housing, Communities and Local Government for independent examination in January last year and was “found sound” by the Government, subject to some minor modifications.

The Local Plan (Part 2) has been subject to various stages of public consultation. More info on the plan can be found at www.allerdale.gov.uk/siteallocations.