Skip to main content
×
Death of HRH The Duke of Edinburgh

Allerdale pays tribute to HRH The Duke of Edinburgh who has sadly died on 9 April 2021.

• Our customer contact centres are not open to the public at the moment due to the restrictions. Please use our online forms, webchat, app and phone number to contact us. 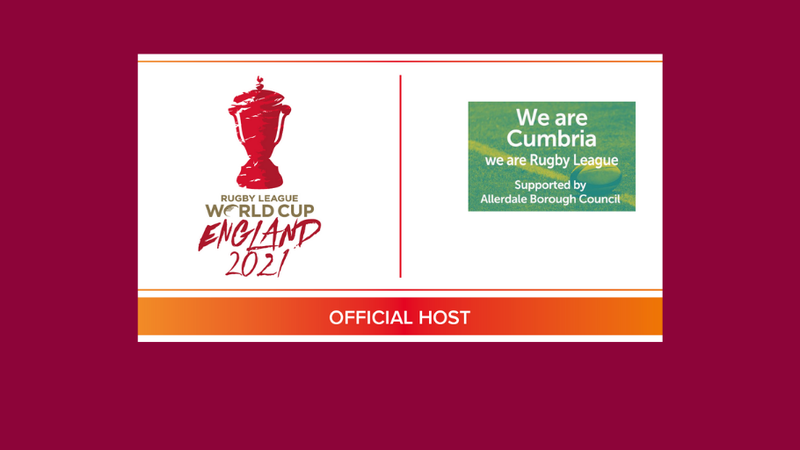 Organisers have announced today that Workington will be a host for the Rugby League World Cup (RLWC) in 2021.

The town will see some of rugby league’s top players in action after it was confirmed that the town will stage three games in the men’s tournament.

Around 200 local children, sportsmen and women, councillors and business leaders packed into the Carnegie Theatre in Workington to watch the announcement as it was broadcast live from Manchester on the BBC online sport channel.

Allerdale Borough Council, in partnership with Workington Town rugby league club, bid to be a host earlier in the year. The town successfully staged three games in 2013 and played host to the Rugby League World Cup trophy in December 2018. The town also played host to games in the 2016 Four Nations.

The council is currently developing plans to build a new 8,000 capacity stadium in Workington which will be used jointly by Workington Town and Workington Reds football club, and which forms part of the bid. The plans include a space for NHS facilities, as well as offices for Sellafield workers and a hospitality suite.

Speaking about the news, Alan Smith, Leader of the Council said: “This is fantastic news. I’m absolutely thrilled that the RLWC will be coming to Workington in 2021. We are the heartland of rugby league and, building on the success of the games in 2013, we’ll deliver something that the whole of Cumbria will be proud of and will provide a real lasting legacy. I’d like to thank everyone who has made this possible.”

Town Deputy Chairman Malcolm Allison said: “We’d like to congratulate Allerdale on a compelling bid. We have a great working relationship with the council and they share the Town board’s forward thinking for rugby league in our county. We recognise our place in an increasingly global sport and want to play our part in expanding the game. To do that whilst highlighting our great town in our fantastic county is an exciting prospect.”

Jon Dutton, Chief Executive of the RLWC, said: “Allerdale has shown tremendous ambition, fuelled by the development of a new stadium in Workington. The Rugby League World Cup in 2013 created some wonderful memories and with the new stadium, they will stage three men’s games which I am confident the passionate community in West Cumbria will embrace.”

Organisers hope the Rugby League World Cup will be the biggest, and most attended and watched event in its history bringing together world-class athletes at Rugby League’s biggest stage.

It will include a men’s, women’s and the wheelchair world cup, making the event even more accessible and inclusive.

The tournament will be held in October and November 2021.