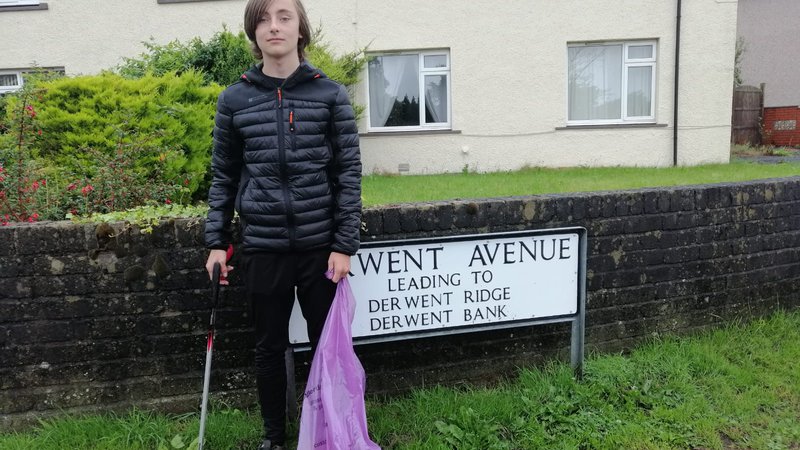 A young conservationist has raised hundreds of pounds for the “trip of a lifetime” by helping to keep his village clean and tidy.

Aiden McManus, 14, is fundraising so he can travel to Tanzania to take part in a project which will see volunteers build camps, support rural communications, give vaccines to livestock, improve animal welfare and help with the reforestation process.

To help him raise money the St Joseph’s Catholic High School pupil wanted to carry out a sponsored litter pick in Seaton and approached Allerdale Borough Council for support. The council was able to help the teenager by providing him with all the necessary equipment in order to carry out his village tidy-up.

The litter pick raised £400 towards his trip with his various other initiatives helping him raise a total of £1,455.

Cllr George Kemp, Executive member for environmental quality, said: “It’s fantastic to see young people taking pride in the area in which they live and be willing to help keep it tidy. Aiden is a fantastic ambassador for his part of Allerdale and we wish him every success when he travels to Tanzania, the work will make a big difference.

“Allerdale Borough Council was more than happy to support Aiden’s idea and we will do the same for any other individuals, groups or communities who want to carry out similar schemes where possible.”

Aiden said: “I feel so lucky to have been given the opportunity to travel to Tanzania. During this time, I will stay in multiple camps with local communities within wildlife reserves - either in shelters or even on a hammock in the jungle. I will work daily while in Tanzania on a variety of projects.

“I’d like to thank Allerdale Borough Council for all their help with my litter pick. I still have a way to go to complete my fundraising so any donations would be greatly appreciated.”

The expedition is planned to take place next summer for four weeks.

*To sponsor Aiden, go to https://www.justgiving.com/crowdfunding/aiden-mcmanus.