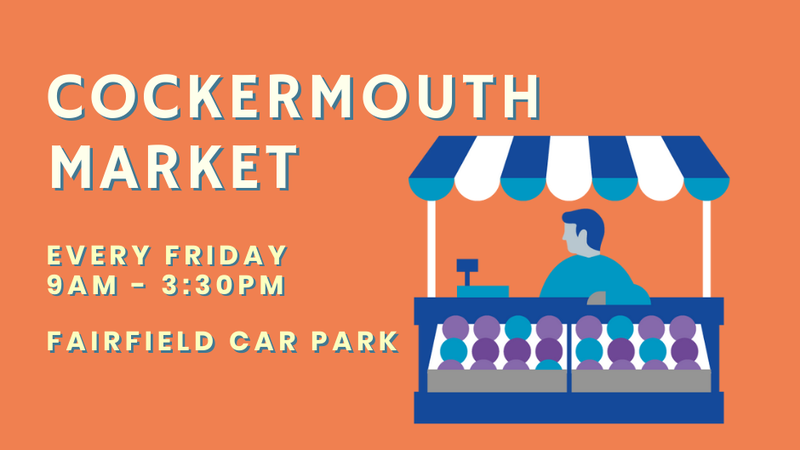 Cockermouth will soon see a new weekly market coming to the town.

Allerdale Borough Council has announced that the first day of the new weekly market will be Friday 3 December 2021.

The market will be held every Friday and located in part of Fairfield (Sainsbury’s) car park and will initially be open from 9am to 3.30pm.

The council already has 16 stall holders signed up for the market. However, there remains space for more traders and so the council is encouraging local businesses and anyone who wishes to have a stall to contact Phil Byers, the market manager, by email at phil.byers@allerdale.gov.uk or by telephone on 07753 934 540.

Organisers are particularly keen to hear from small, local artisan businesses selling food or handmade items. The market is designed to complement the existing retail offer in the town and boost overall footfall by encouraging local residents and tourists to visit.

The announcement comes after a consultation was carried out in the summer with local businesses and residents which saw the vast majority of the 668 responses favour the return of a market to the town. The decision to hold the market on a Friday was chosen as it does not clash with other markets in the area.

Whilst there were many suggestions for a preferred location, Fairfield car park was chosen as it was in the centre of town, and would not require the closure of any of the town’s roads.

Cllr Mike Johnson, Leader of the Council said: “I’m really pleased that the market can return to Cockermouth which is all part of our efforts to make our towns as vibrant and attractive as possible, as well as support local businesses. I’d also like to thank everyone who took the time to respond to the consultation which helped to inform our decisions. We have invested in new gazebos, and so the market will look great. So I now encourage anyone who would like a stall and has not already put their name forward to do so as soon as possible. It would be really good to see some new and unique traders on Cockermouth Market. I’d also encourage everyone to support the market once it starts, so that we can make it a real success.”

Cockermouth Mayor Cllr Alan Smith added: “I am really pleased that a market is returning to Cockermouth which is afterall a market town. Starting off small I hope it will lead to greater things, and I think holding it on Friday morning in Fairfield Car park gives it an added boost. I wish it all the success.”

Andrew Marshall, chairman of Cockermouth & District Chamber of Trade, also showed his support for the new market, saying: "We are always keen to see footfall in Cockermouth increase, and to offer more attractions for locals and visitors alike. I hope the market is a success and look forward to seeing it grow."