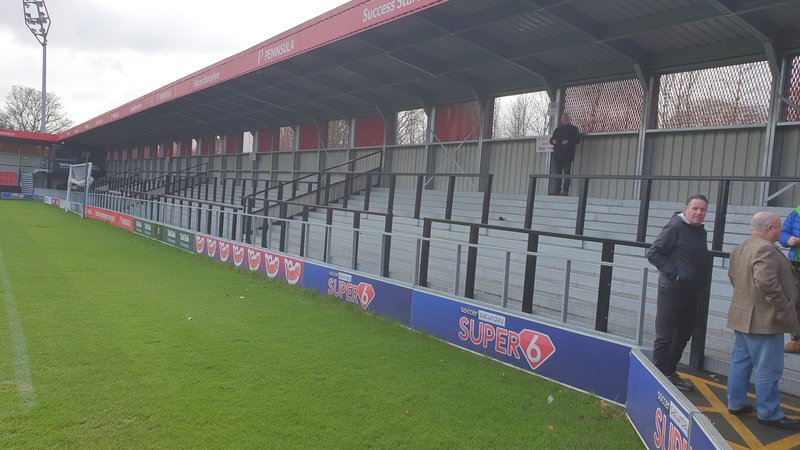 Plans to create a sports village in Workington have taken a step forward with visits to stadiums in the north west of England.

The visits, which took place on Tuesday, February 4, were part of a fact-finding exercise to see what sort of shared community stadium all parties would like to see developed in Workington. The group went to see the range of facilities each stadium site had and meet those involved with running the sporting grounds.

The plans to build a sports village in Workington are progressing well with all parties working towards a vision of providing a new shared stadium and associated facilities for the wider community.

“The stadium visits were a fantastic learning experience and we will be using the information gained to help form our plans in Workington. It is important that the sports village is a real community asset and benefits as many people as possible.

“We will continue to talk with both clubs and will be gathering as much information as possible to make these plans a success. As a council we are committed to providing better sporting facilities right across the borough.”

“As a club we want to play in the best stadium we possibly can.  We should never underestimate the social and economic impact of sport, particularly with kids from disadvantaged backgrounds.

“We want rugby league players of all ages to be able to play their chosen sport in modern facilities and aspire to be the best they can through sport.

“The visit was interesting and we now look forward to hearing what Allerdale’s plans are to bring stadia into the modern era not only for Town but more importantly for the youth and future of West Cumbria.”

“It was a very informative day spent visiting three different stadiums which enabled the group to see different aspects of design and construction.

“Discussing potential options and ideas with those members of the council present left me feeling much more positive about the potential construction of new facilities for not only Town and the Reds but also the wider community of West Cumbria.

“New modern facilities are urgently needed not just for the two sporting codes but for West Cumbria in general as we want all aspiring youngsters to want to play for their local clubs in facilities that are fit for purpose in the 21st century.

“Sport plays a vital role in the lives of many either through participation or as a spectator. The benefits to both health and wellbeing cannot be underestimated. We need to be able to inspire future generations to lift their own sporting aspirations to the best they can achieve at their chosen sport by providing the best facilities possible.

“Having seen what is possible it is now vital that progress is made with actions from all concerned to turn potential into reality for the present as well as future sporting generations.”

It is proposed that the sports village would be constructed on the current site of the Borough Park stadium, home to Workington Reds, and would be part of the wider regeneration of the Lower Derwent Valley area of the town.

In June 2019 the Council’s Executive agreed to continue working on the business case for a new community stadium in Workington, but with a view to reducing the size and scale of the facility initially agreed by the previous administration at a meeting in March 2019.