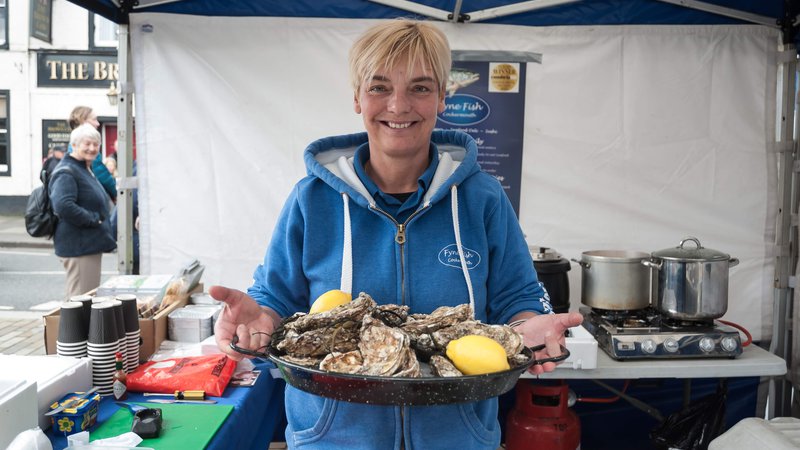 Businesses are being invited to become partners in Cumbria’s biggest and best food and drink festival.

Last year Taste Cumbria, now being managed by Allerdale Borough Council, generated a footfall of 40,000 for Cockermouth and contributed almost £3m to the local economy.

The event, which will showcase local producers as part of the popular market on Main Street, put on demonstrations and masterclasses and host a street party as part of its exciting programme, will provide an economic boost to the town and attract visitors from around Cumbria and beyond.

As an added bonus this year, the Northbound music festival will also be run on the same weekend as Taste Cumbria after the council took over both events from CN Events (part of Newsquest media group). The joint event will run on September 27, 28 and 29.

Now a not-for-profit event, Allerdale is encouraging businesses to get in touch and explore the various sponsorship opportunities on offer over the weekend which will mark Taste Cumbria’s 10th anniversary.

There are sponsorship opportunities available for a variety of areas, including:

There are different levels of sponsorship available with opportunities starting at just £250. Businesses and organisations who become sponsors of Taste Cumbria will be partnering with a well-established and respected brand with a huge audience.

Mark Jenkinson, deputy leader and Executive member with responsibility for economic growth, said: “Taste Cumbria and Northbound will be fantastic events which provide Cockermouth with an economic boost, bring in visitors from far and wide and be a great weekend for locals to enjoy. We’d love to work with as many local businesses as possible to make the event a success.”

*Anyone who would like to sponsor or would like further information should get in touch with Joe Broomfield, Allerdale Borough Council’s Tourism Development Manager (joe.broomfield@allerdale.gov.uk / 01900 702568). Sponsorship opportunities are also available for Taste Cumbria Cockermouth Christmas Festival on December 7 and 8, 2019).

Businesses can also get involved with the Taste Cumbria’s steering group and can contact festivals.events@allerdale.gov.uk for more information.