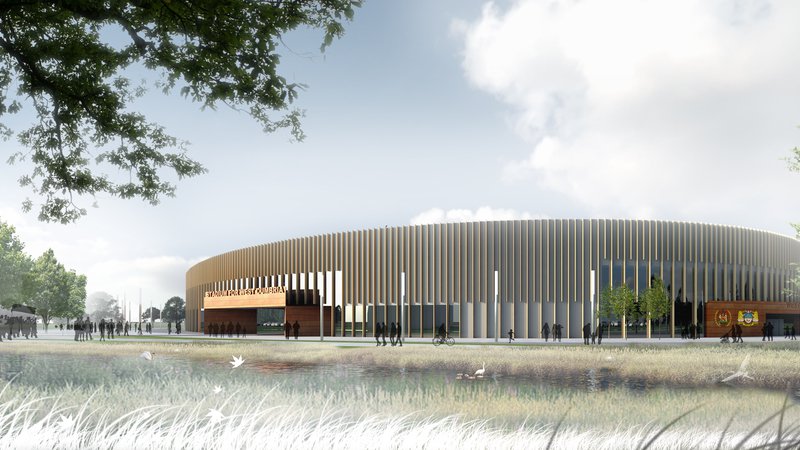 Plans to build a new stadium in Workington reached a new milestone with the submission of the planning application to Allerdale Borough Council.

The comprehensive application has been devised by architect’s Holmes Miller and Iceni Projects on behalf of the council. Work has also been provided by specialist firms Aecom and Gleeds.

The Council was approached by Workington Town Rugby League club and Workington Reds football club, to investigate the possibility of building a new stadium for them both.

Whilst the new stadium would be home to the clubs, it is also designed to be a facility for the whole community to use and enjoy.

As a result the designs for the three-level building also includes a community 3G training pitch; facilities for the NHS and a pharmacy; office space which it is hoped will be used to house some 300 workers from Sellafield; a hospitality suite with two lounges; and a community café.

It is also hoped the stadium will host events, attracting people from all over Cumbria and beyond.

It is all part of the Council’s commitment to make sport and leisure accessible to all to improve the health and wellbeing of local residents, as well as giving local businesses a boost by making our towns more attractive to investors.

The application also covers a number of issues such as a travel plan, landscaping and a flood risk assessment. The statement of community involvement details the engagement with local people so far and shows some 97% of people who responded to a consultation event held at Workington’s leisure centre last December were supportive of the plans.

Anyone wishing to see the plans or comment, should click here  or use the search facility on the council's website using the ref: FUL/2019/0018. The consultation deadline is 1 March 2019.

It was recently announced that Workington would host three men’s games in the Rugby League World Cup in 2021. The stadium plans formed part of the deal.