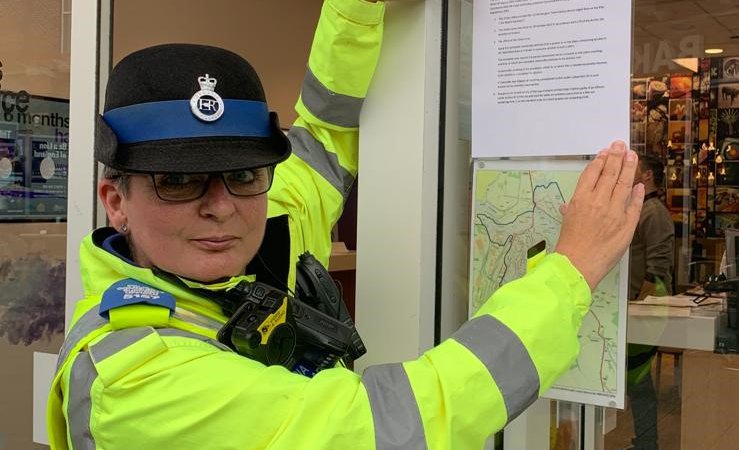 Steps have been taken this week to highlight the drinking exclusion zone in the town centre, with new signs going up spelling out the ban on public drinking.

Patrols involving police officers and community support officers will also be out to monitor and implement the ban in the exclusion zone, covering the town centre.

The move follows three people being charged following an incident in the town centre during daylight last week.

There has also been a rise in complaints about public drinking and anti-social behaviour in the town centre.

Work has been carried out by neighbourhood police team officers and the Allerdale Local Focus hub, which is a group of partner agencies.

The no drinking zone was already in place but proactive enforcement has been stepped up, including the patrols and the signs to warn people.

“The order allows officers to prevent people from consuming alcohol in a public place, confiscate alcohol from those people drinking in public and pursue prosecutions should people not comply with the request from officers.”

“Further activity to prevent other behaviour that is causing concern for shoppers and shop staff will be tackled in a variety of ways over the coming months to ensure the centre remains a vibrant area for all to enjoy peacefully and lawfully.”

Marion Fitzgerald, leader of Allerdale Borough Council, said: "We will continue to work closely with Cumbria Police to ensure our town centres are safe and secure for residents and visitors to enjoy.

“The safer shopping areas are, the more confidence businesses will have to operate there and we support the work the police have done to combat crime and anti-social behaviour in Workington town centre.

“The Allerdale Local Focus hub partnership between the council, police and other partners is bringing real benefits to the area and is ensuring that community issues are being dealt with quickly and efficiently.

“This is evident through the decline in reports of anti-social behaviour throughout Allerdale and we hope this continues."

Peter McCall, Cumbria’s Police and Crime Commissioner, said: “The exclusion zone was put in place to deter anti-social behaviour caused by people under the influence of alcohol in our public spaces.

“We want Workington to be a safe and welcoming place for local residents and tourists visiting and this type of behaviour will not be tolerated.

“It is not acceptable that law abiding residents have to put up with those who think they can get away with this drunken anti-social behaviour, they cannot.

“We will continue to take robust action against any individuals that are drunk and disorderly while keeping our streets and the public safe from harm."

Richard Ashcroft, Washington Square Shopping Centre manager, said: “We are delighted that the partnership have come together and steps are being taken to address the problems.

“We don’t want people to be put off coming into the town centre because they feel intimidated. I hope the message gets out to people and we see an immediate improvement.”

The council is in the process of exploring what permanent signage can be put up in the town centre to highlight the order.