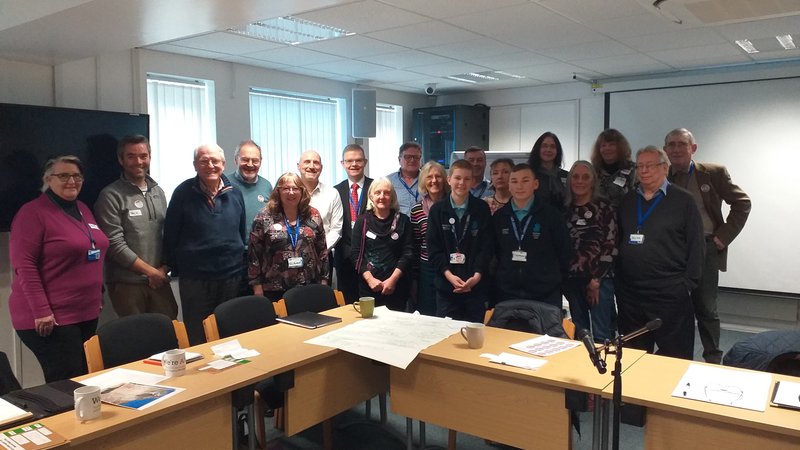 Work to develop a climate change action plan for Allerdale Borough Council has taken a step forward following a special meeting which heard the views of young people and environmental campaigners.

At a full council meeting in September 2019, councillors made a commitment to helping to tackle climate change and instructed the authority’s Overview and Scrutiny committee to draw up a plan to bring back to members for consideration.

A special task and finish group made up of councillors was set up to lead on the climate change work which has been meeting regularly over the last few months. Earlier this month interested people were invited to take part in a workshop at Allerdale House alongside councillors so their views and expertise could be brought into the work that’s being done.

Among the groups invited in were members of the Green Party, Friends of the Earth and students from Energy Coast UTC in Workington.

“This event was about starting to engage with local groups so they can have an influence on the policy going forward, this is the starting point for us.

“There were lots of great ideas brought forward and what I really enjoyed was the enthusiasm people showed for the subject.”

“The positivity, willingness to participate and general good spirits of everyone made the workshop lively and productive, it was a pleasure to be involved.”

During the session Energy Coast UTC students Deacon Telfer and Nick Hurst gave a special presentation to the group about some of the work their school has done to support tackling climate change and reducing its carbon footprint.

“One of the main attractions of this area is that it’s green and full of lakes, but the way things are going it’s not going to stay like that.” 15-year-old Nick said.

“It’s particularly important for younger people to be involved as what’s going on now will affect them the most, that’s why we need a make a change.”

Work on an action plan is continuing and it is anticipated it will be presented to the full council in March.