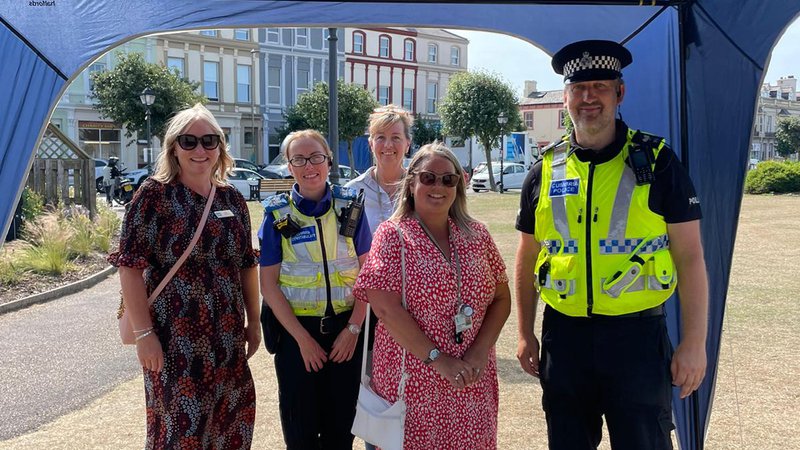 Working together to tackle anti-social behaviour in Allerdale

Organisations working together in the Allerdale Local Focus Hub say they will continue to work with local communities to tackle anti-social behaviour.

The Hub - which brings together a number of agencies such as Cumbria Police, Allerdale Borough Council, housing associations and more – spent time in locations across the area during the National Anti-social Behaviour Awareness Week speaking to members of the community about the issue.

The events were held in Aspatria, Silloth and Workington at the end of last month with representatives from Allerdale Borough Council, the police, West Cumbria Youth Council and Castles & Coasts Housing Association in attendance. The team held an open session for people to speak to them as well as specific time for young people to come along and give their views.

The feedback from the week’s activities has now been analysed and can be taken on board by partners when planning work and projects across Allerdale.

The majority of the feedback given to the team was positive, for example in Silloth 95 per cent of respondents gave positive comments, however, the main issues raised were children on e-scooters, ASB linked to alcohol and drugs, swearing and littering.

In Workington, 71% of responses were positive with the general view that the town centre was a safe and friendly place to shop. The issues raised by those engaged were in relation to e-scooter use, adults drinking in the town centre and associated ASB.

In Aspatria, 67% of people talked to gave positive feedback about the town, saying the local areas was clean, tidy and there was a strong community ethos. Dangerous driving and speeding were the anti-social behaviour issues raised as additional concerns from the community.

“It was great to speak to the residents and tourists during our visits and the feedback we gained will be exceptionally useful. I was particularly impressed with the contributions of our young people who gave really good insight into the problems they see and how we can all work together to makes things better.

“Some of the issues raised were already on our radar and the Hub partners will continue to work on these and any emerging issues going forward.”

“The events provided a fantastic opportunity for some of our team to meet and speak to residents and members of the local community, and we are delighted with the feedback we received.

“As a housing association, we know that we play an extremely important role in improving the lives of our residents, and working collaboratively with partners, such as Allerdale Borough Council and Cumbria Police, through initiatives such as the Allerdale Local Focus Hub, is key to ensuring that our communities are safe and welcoming places to live.  We look forward to working with these partners to turn the feedback we received during the events into positive actions, which improve the communities we serve.”

As part of the events, the youth council representatives had a ‘Marcus Rashford Wall of Respect’ where young people were encouraged to write their positive messages and pin them to the wall. This was done to highlight anti-social behaviour online, e.g. online bullying, race-hate trolling like the footballer experienced and to prompt positive messages from young people instead.