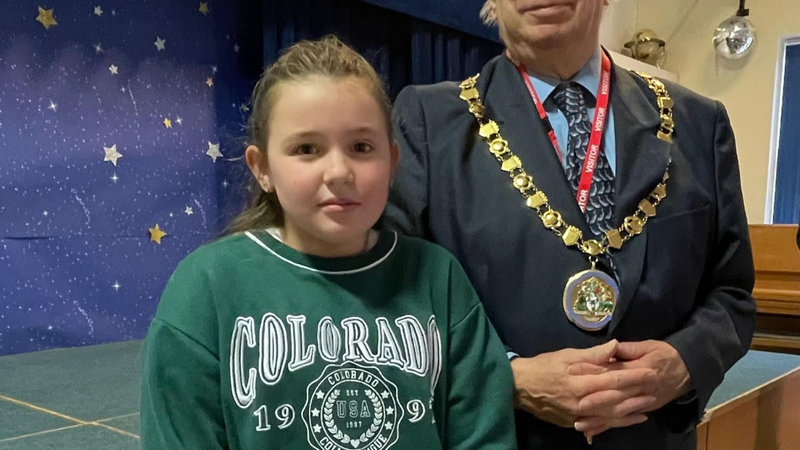 The winner of the Mayor of Allerdale’s Christmas card competition has been announced.

More than 1,800 talented youngsters, aged from 2 to 11, from nurseries and primary schools across Allerdale entered the competition, with a variety of brilliant designs submitted.

The winning design for this year’s competition was drawn by Jesse Rose McCourt from Beckstone Primary School, Harrington. Her design will now feature on cards sent out by the mayor.

The mayor attended the morning assembly at Beckstone Primary School to award Jesse with her prize and hand out goodie bags to the runners up of this year’s competition.

Mayor of Allerdale, Cllr Alan Daniels, said: “It was extremely difficult to pick a winner from the vast number of entries we had this year as the standard was so high. I was extremely impressed by the talent of our young people across the borough and this year’s competition was a fantastic showcase of what they can achieve. I’d also like to thank them all.

“Jesse’s entry was absolutely fantastic, and I look forward to sending out the Christmas cards which now feature her brilliant design.”