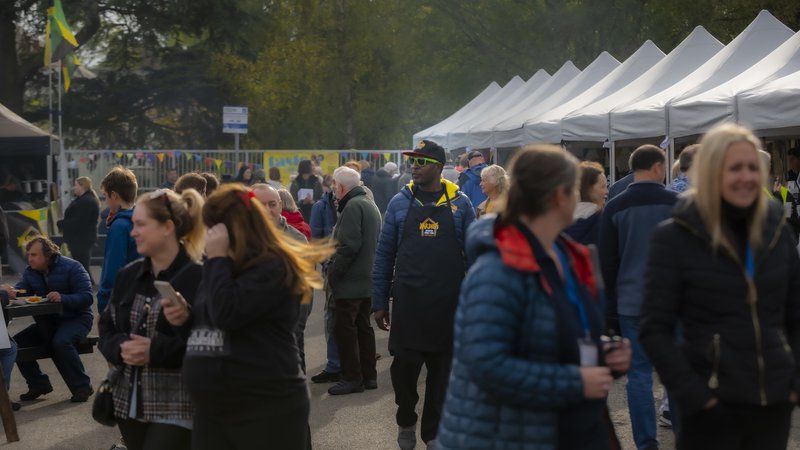 Wigton gets a great boost from Taste Cumbria

There’s been fabulous feedback from the first Taste Cumbria event to be held in Wigton which also generated tens of thousands of pounds for the local economy.

They’re the findings from independent researchers who interviewed visitors to the one day festival which was held in October.

They estimate more than 2,000 people came to the event and, taking into account their spending in the Producers’ Market as well as in the town itself, £80,345 was put into the local economy. For every pound spent on staging the festival, £4.44 was generated – a great figure for an inaugural event.

The researchers also found that 66% of those who attended had gone to Wigton purely for the Taste Cumbria event. Three quarters of visitors had come from within Allerdale, and a fifth came from within the county.

It was good news for Wigton businesses as 66% of the festival goers said they would also be going for a meal or a drink, 43% said they would be doing some shopping, and 9% would be having a sightseeing trip too.

Of those interviewed, 95% said they wanted to come to a similar event in the future, and 94% said they would be recommending it to friends. 71% rated it ‘very good’, while an additional 27% said it was ‘good’.

In terms of improvements, a number of people said they would like to see the event include a beer tent, plus some covered seating areas. There were also calls for it to be a two-day event, rather than just a single day, and for a future festival to include more stalls.

Councillor Mike Johnson, Leader of Allerdale Borough Council, said: “It has been fabulous to read this feedback after the Wigton event. We’ve also had great comments from the traders who were in our Producers’ Market – some of them had sold out in a just a few hours.

“Even though the Taste Cumbria brand is a strong one, it’s always a nervous time when you decide to plan a new event in an unfamilar town but our events team did a brilliant job and it really brought the community together. The return on investment is great considering this was only a one-day festival – and it was held in the middle of October, away from the busy summer season. Luckily the weather was fairly kind and I hope we can make all the Taste Cumbria events even bigger and better next year.”