We have great plans for the redevelopment of Maryport to make it an even better place to live and visit. That's why we have set up a team specifically to work on regeneration projects in the town.

We were delighted to announce in August 2020 of the success of Maryport’s High Street Heritage Action Zone (HAZ) bid which will see an investment of £1.2m into the town centre.

The High Street HAZ programme will receive about half of its funding from Historic England and is the first of the Council’s Maryport regeneration initiatives to have been successful. The rest of the funding will come from the Council itself with other input from Sellafield and local building owners.

Keep an eye out for further project developments. Read more detail about the HAZ programme here.

The scheme, funded by Historic England and being run by Allerdale Borough Council, aims to replace eligible modern shopfronts which do not complement the historic architectural style of their host building or the conservation area, with shopfronts that will enhance the building and the street as a whole.

Shopfronts which are modern or non-traditional in Senhouse Street, or within the parts of Curzon Street or Crosby Street, may be eligible for a grant and are encouraged to get in touch with the council.

The grant scheme has a defined amount funding and will be available where a change in design is needed, rather than for repairs or decoration to historic or traditional looking shopfronts.

Businesses who believe they are eligible should email Allerdale officer,  Helen Brownlie  with details of the address in mind and its current use (if it has one). Helen can also provide further details on the main criteria and design guide.

In August 2019 it was announced that our initial bid to the Future High Streets Fund had been successful and we were through to the next round. Since then we have been working with the government and architects to develop the plans and held our first round of public consultation in February 2020, speaking to members of the public and community groups.

On July 30, 2020, the final business case was submitted to the Government's Future High Streets Fund team. An announcement about the successful schemes is expected in the autumn.

We heard on 26 December 2020 that our initial bid had been successful and we had been provisionally awarded £11.5m from the government. And then on 26 May it was confirmed we had the money. Thanks to everyone who helped get us this far.

Click on "full screen" to see it in a larger view. You can also see it on our YouTube channel .

Click below to read more about a specific part of our plans.

Connecting the route from Maryport Railway Station through to the high street, to the harbour and promenade is a key focus for the public realm proposals. Key pedestrian junctions along Curzon Street are reviewed as part of the overall scheme as well as the parking strategy and requirements for the town centre. Connecting these spaces along the high street by using a cohesive visual style which is easily identifiable to Maryport is a key aspiration for the project.

Due to this many of the interventions are replicated across the scheme, and include;

Aspirations for a swimming pool have been widely voiced by the residents of Maryport and the proposal for the Wave looks to build on the existing infrastructure to bring this offer back to the town.

History of the regeneration scheme

Our plans have developed over a number of months. Below is a record of information previously uploaded to this page.

Our plans for Maryport

Maryport is an ancient harbour town founded by the Roman Army on the Solway Estuary, an Area of Outstanding Natural Beauty. This compact attractive Georgian town went into economic decline in the 1930’s and has never fully recovered. The town has some deep seated socio-economic issues that have hardened as competitor locations have become more attractive.

The plan sets out deliverable priority projects to improve the quality of place. It also sets out strategic projects and opportunities that can address underlying issues that must be influenced if the town is to become truly successful.

How Maryport could look 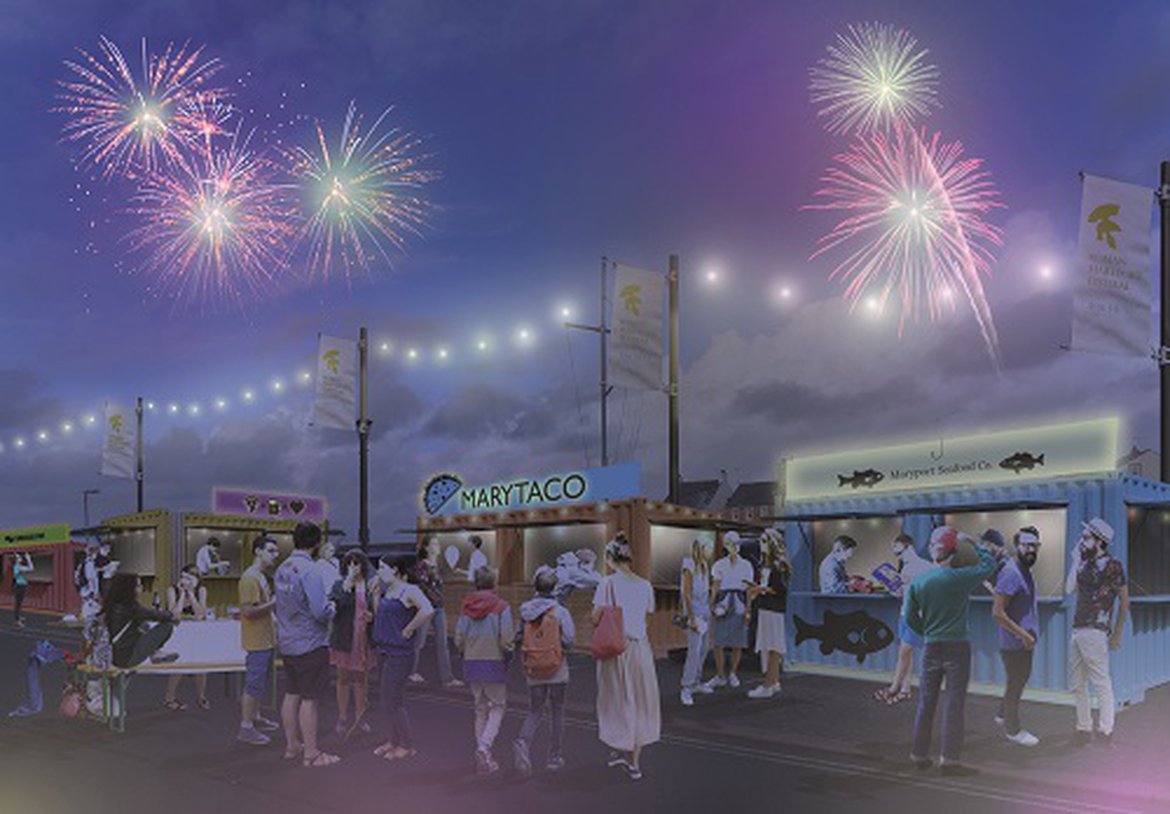 How Maryport harbour could look 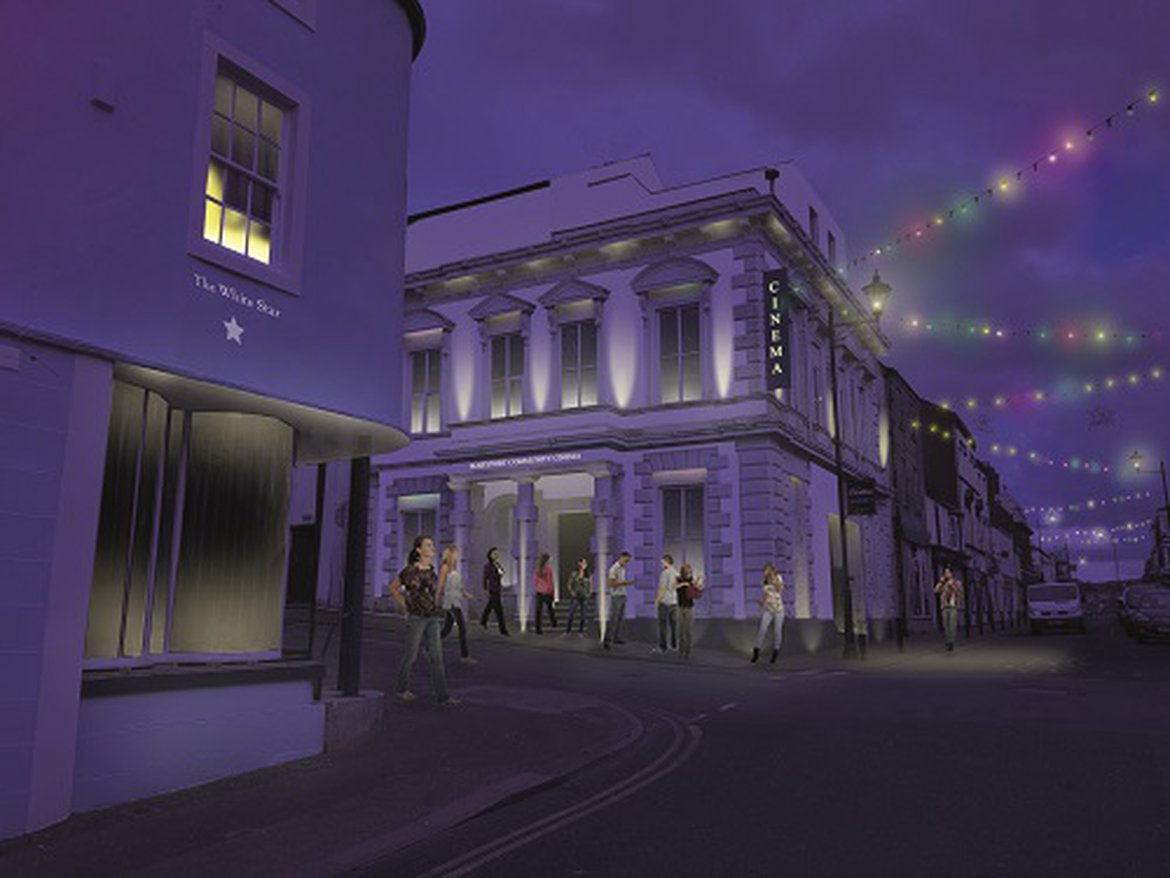 How Senhouse Street corner could look 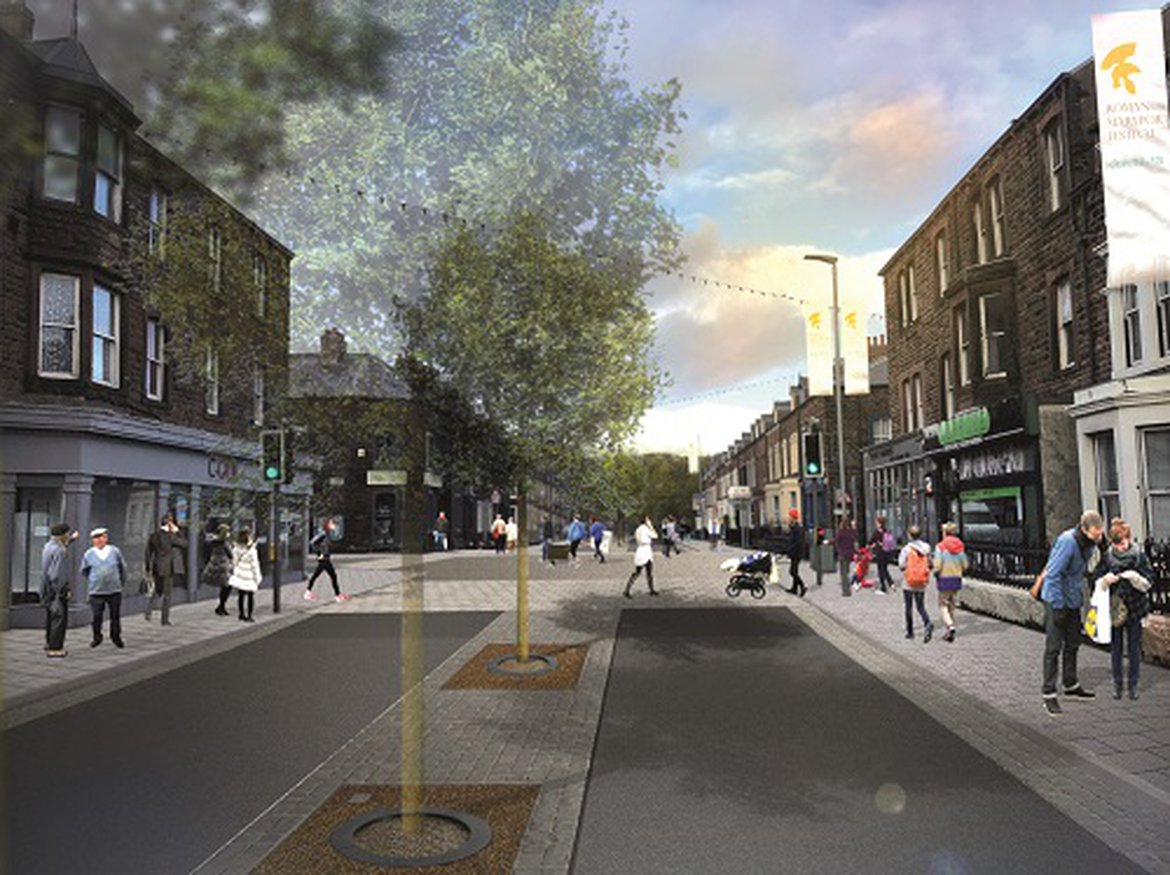 How Curzon Street could look

The creation of an annual series of events would bring life and vitality to the town and whilst they are focused at local people, they would also attract visitors from neighbouring districts and further afield.

The Promenade and the local area was also a theme that arose in each session, and indeed was identified in the original spatial analysis of the town. The Solway Coast is seen as one of the benefits for the town's location and attractiveness.

This also links to many of the health and wellbeing issues that are prevalent in Maryport, and is therefore considered to also be a high priority, with different levels of intervention which will help in its delivery and funding.

This public realm based project is more about capturing the attention of drivers that do pass by on this primary route, encouraging them to visit the town, and more importantly to create a more attractive and safe pedestrian environment that would help to overcome one of the key ‘separators’ in the town linking the railway station and its improved services, the new Hub and residential areas beyond.

The Harbour area has tremendous potential especially with the ease and potential of temporary buildings in this area. This Harbour also accommodates the main attractions of The Wave Centre and the aquarium which could be improved to create an area of wider appeal and interest to local residents and longer term, drawing in more spend and higher footfall, hence its inclusion in the ‘Top 5’.

The strengths of the historic character of the town and its feeling of community and the opportunities of heritage-led regeneration, positive re-use of vacant units and shop front improvements, enterprise and entrepreneurship and support of business growth, will all support the intervention to re-energise Senhouse Street. It will be a catalytic project for the rest of the town centre core to follow.

Education has been a theme running throughout discussions and indeed is a key tool in a successful future for Maryport. Primary schools continue to achieve good standards and Netherhall School has recently received a ‘good’ rating, having been ‘transformed in a remarkably short period of time’1 . This improvement will help to encourage more parents to actively seek to live within the catchment, increasing housing demand with knock on impacts of increasing housing development and the widening of the socio-economic make-up of the town.

In parallel with improving education standards, understanding barriers to housing development will be key to working with housing developers to get them on site. Whilst the Council can assist by being ‘open for business’ and work to make the planning system as straightforward as possible, they cannot force developers to proceed with their schemes, but can work with them to encourage and influence that aim. Equally, working with housing providers to improve existing stock will be key in contributing to improved liveability.

Engagement with the railway

The development of The Hub should increase patronage on the rail line but the poor quality of service and facilities was a consistent issue amongst stakeholders. There is potential to work with Network Rail and Northern Rail to influence physical investment in the station and improvements to local services, both of which will be important to maximise the benefits of the station to the town. The town should benefit from the potential of The Hub, attracting commuters to employment locations including Carlisle, Whitehaven and Sellafield, all of which are easily accessible by rail.

Maryport has a wealth of history to draw upon to create a new level of interest.  In particular, its Roman roots as displayed in the Senhouse Museum and the archaeological potential of its surroundings, its shipping history, Camp Farm and Georgian architecture.  Working with the relevant partners , including North of England Civic Trust to reveal the town’s heritage assets in the context of wider regeneration.

This project is to commit to the potential of the Tidal Lagoon in principle and become influential in its progression. This would involve discussions with key partners at local, regional and national levels, including landowners, regulators and environmental groups to understand the potential benefits, impacts and mitigation measures.

There is a phased timetable for the projects with many able to begin immediately, whilst others require significant capital investment and preparatory work to get under way. However it is hoped all of the improvements will be in place within the next decade.

Find out more about our 10-year Council Strategy

And read our proposals for local government reform

Use the ReciteMe toolbar for accessibility and language options