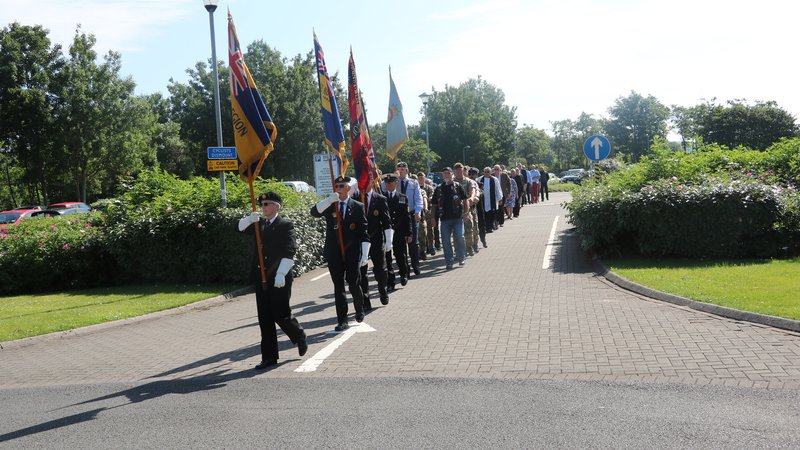 A flag-raising ceremony will take place in Workington on Monday 25 June to mark Armed Forces Day.

At 10.30am, flags will be raised on buildings and landmarks around the country – including Allerdale House. Councillor John Crouch, the Mayor of Allerdale, will be joined by civic dignitaries, armed forces representatives and members of the public for a short flag-raising ceremony.

The official Armed Forces Day flag is raised to mark a week of national celebrations in support of the men and women of the armed forces community including serving personnel and their families, veterans and the cadet forces.

The ceremony will include a short procession from the top of the Allerdale House car park down to the flag pole at Allerdale House, where the ceremony will take place. The Armed Forces Day Flag will then be raised by the Mayor at 10.30am. Those wishing to join the procession are asked to gather at the top of the car park by 10.15am in readiness for the ceremony. Members of the public are welcome to attend.