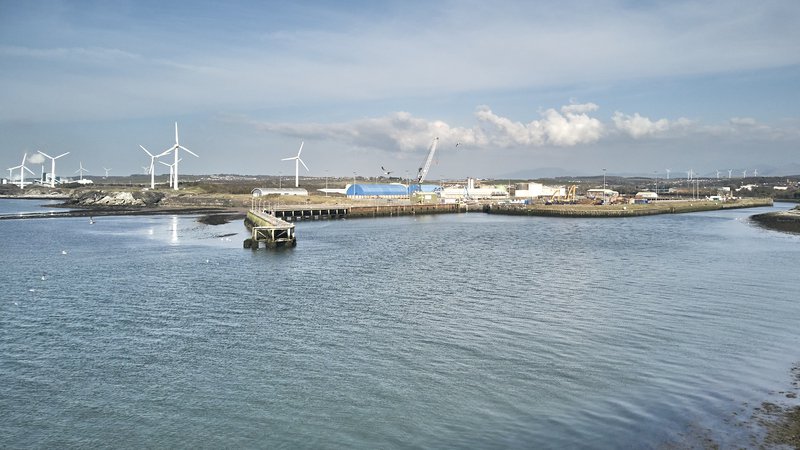 Bid to 'Levelling Up Fund' submitted for Workington for £9.1m Gateway Project

A bid to the Government’s £4.8bn Levelling Up Fund has been submitted for Workington - which if successful will deliver much-needed improvements to one of the town’s most important entrances.

Allerdale Borough Council has today (Friday, June 18) submitted the bid to support the delivery of the Workington Gateway Project, a £9.1m scheme.

If funding is agreed, the project, which has been developed alongside partners Cumbria County Council, will involve improvements to the Ramsay Brow/Hall Brow junction of the A66/A596, public realm works and improvements to Curwen Park’s access.

The Levelling Up Fund was announced at the Spending Review and is aimed at supporting town centre and high street regeneration, local transport projects, and cultural and heritage assets.

The bid to the Levelling Up Fund follows on from the successful bid from Workington to the Government’s Towns Fund last year, which has secured a £23m investment in the town for a range of transformational projects.

The main components of the proposed Levelling Up Fund projects are:

“There are a number of fantastic initiatives being planned for Workington thanks to the Towns Fund and we hope for more success in the Levelling Up Fund to further improve the town.

“This entrance to Workington, and the route to the port, are vital for the town’s economic fortunes and I think we can all agree the schemes outlined in the Gateway Project are very much needed for a variety of reasons.”

“The proposals outlined in this bid reflect the vision and ambition for the future of Workington and the wider area. I am pleased to support the bid and will continue working alongside our partners and colleagues to ensure we present the strongest case possible.

“The funds will help stimulate the local economy and improve accessibility and road safety in key locations. My thanks to all involved so far, this is another strong example of working in partnership to deliver the best outcomes for our local community.”

‘I am delighted to be supporting Allerdale Borough Council’s Levelling up Fund bid. In 2019, I fought my own campaign on ensuring that Workington gets the road, rail, sea and digital infrastructure it needs to succeed. In that campaign, I made the Ramsay Brow and Hall Brow pinch points a priority, alongside ensuring that the Port of Workington was equipped to meet the challenges of the future.

“I have promised to make serious efforts to address the increasing HGV traffic through the town of Aspatria – an issue that continues to account for a large proportion of my casework currently. Having met with the large employers that generate this traffic, it is clear that the A596 is only used because the easier, alternative A595/A66 route has a significant pinch point issue at Ramsay Brow which I hope can be addressed if this bid is successful.

“The inclusion of Workington Hall and it’s parklands in the bid is to be welcomed. These hold a special place in my heart, and that of many of my constituents. Their neglect brought me originally into politics. Opening up access to the park will not only bring huge social and health benefits, it will also increase the heritage and cultural offer of Workington for residents and visitors.”