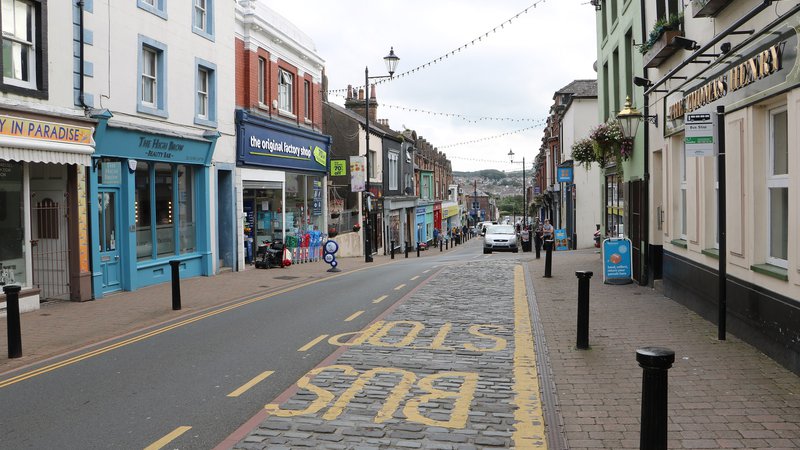 Boost for development plans in Maryport

Maryport received a welcome late Christmas present today as it was announced it is set to benefit from more than £11m of investment from the government's Future High Streets Fund.

Local leaders welcomed the news from the government that the bid, which had been devised by Allerdale Borough Council in conjunction with partners, local businesses and residents, had been successful and Maryport has been shortlisted to receive a share of the £830m being spent nationwide.

The multi-million pound scheme is set to transform Maryport town centre. The government has announced a provisional funding contribution to the council's plans of £11.53m. The council will now work with the government, local leaders and members of the community to finalise its plans. Original ideas have included a revamp for the Wave Centre, bringing The Carlton building back into use and converting the iconic Christ Church building into a museum and gallery space.

The original submission also included designs to make improvements to the public realm areas of the town, such as widening footpaths and installing more seating areas, and the creation of a space for a market and community activities. It also included plans to help to address the number of empty units in the town centre.

Cllr Mike Johnson, deputy leader with responsibility for Economic Growth, Community Development and Placemaking, said: “This is fabulous news for Maryport and a real testament to the quality of our bid. I’d like to thank all the officers, fellow councillors, partners as well as the local business community and residents for their hard work and support. We’ll now get cracking on working with the government to develop the projects further and start making real improvements to this great coastal town.”

The council was helped by a team of architects and consultants from Buttress, with extensive consultation from the public.

The council was also recently successful in its bid to the Heritage England’s Heritage Action Zone funding pot which will see an additional £1.2m invested into the town.

More information on the schemes can be found on Allerdale's website .