The council and our waste collection partners Allerdale Waste Services would like to apologise for the issues which have affected some properties' garden waste collections over the last couple of weeks. The issues have been caused by self-isolation and other staff absences.

The advice for households who've not had their collection this week is to take bins back in and present them on their next scheduled garden waste collection day.

Households are advised to continue checking our website and social media accounts for the latest information on collections.

• Help and advice for affected businesses, charities and other organisations. 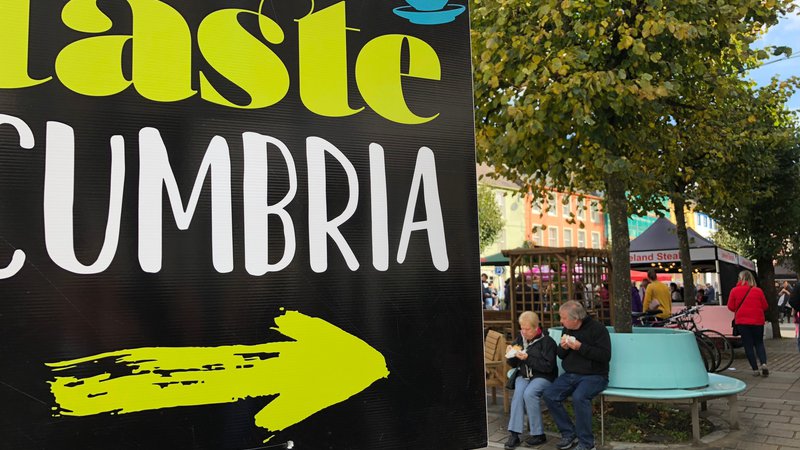 Laughter on the menu at new Maryport comedy night

Tickets are on sale now for a comedy night in Maryport – and you need to book quickly as numbers are limited.

Tickets are on sale now for a comedy night in Maryport – and you need to book quickly as numbers are limited.

The new Taste of the Sea food event comes to the town next month and the weekend’s fun will include a night of laughs at The Wave Centre on Saturday 14 August. The festival itself takes place across town on Saturday 14 and Sunday 15 August with a producers’ market, expert demonstrations, a hot food court, beer tent and loads of family entertainment.

The comedy nights at the flagship Taste Cumbria festival in Cockermouth are always sell-out events so guests are urged to book quickly to be sure of a seat. Initially, just 50 tickets are going on sale to make sure comedy fans are comfortable and covid safe. More tickets will be released as restrictions allow.

The Taste of the Sea event is a new addition to the calendar of Taste Cumbria festivals. It is organised by Allerdale Borough Council and is supported by Maryport Town Council.

Mike has supported the likes of Peter Kay, Johnny Vegas and Ross Noble, as well as headlining clubs all over the country. Mike has a laid-back style on stage, but can crush a heckler in seconds.

Raymond started doing stand up comedy in 1994 and has performed regularly internationally where he is noted for his ability to deliver sharp observational material combined with lightning quick improvisation. The Metro called him ‘a genuinely charismatic and funny entertainer’ and ‘a voice of the people’.

Andy is an energetic, confident Brummie who combines silly voices and a mad afro to devastating comic effect. Andy has numerous media appearances, including the BBC New Comedy Awards on BBC Choice and his winning performance on the Weakest Link comedian’s special. Whats On Magazine said he ‘oozes talent’.

Scouser Jon has appeared at the Comedy Store, is a regular in Liverpool’s Hot Water Comedy Club, and tours the UK comedy circuit at the likes of Manford’s Comedy Club nights. Described as ‘quick witted and engaging’, he’s likely to bring his love of football to Cumbria - he’s a Red, for the record.

Councillor Mike Johnson, leader of Allerdale Borough Council, said: “We are very grateful for financial support from Maryport Town Council for what is shaping up to be a great new event for West Cumbria.

“The comedy nights at our Cockermouth festivals are hugely popular so we know that visitors will be keen to book a ticket. It’s been a tough time for so many people and I think a great night out and a few laughs will be just the tonic we need.”

The comedy night takes place at The Wave Centre in Maryport on Saturday 14 August from 7pm. This event will be ticketed and follow any covid-safe restrictions. To book your place, click here or search Taste of the Sea on Event Brite  .